Diplomatic relations between Nepal and the State of Israel were established on 1 June 1960. Israel opened her Embassy in Kathmandu in March 1961. Nepal opened the Nepalese Honorary Consulate General in Israel in 1993. Nepalese Ambassador to Egypt was concurrently accredited to Israel until Nepal established her Embassy in Tel Aviv on August 13, 2007. The bilateral relations, marked by mutual cooperation, goodwill, understanding and friendship have expanded in various developmental and cooperation areas.

Nepal was the only country in the region until recent past to recognize the existence of Israel by maintaining continued diplomatic relations. Nepal continues to support the right of Israel to exist within secure and internationally recognized boundaries. Nepal voted in favour of Security Council Resolutions 242 (1967) and 338 (1973), which upheld the right of all the states in the region to live in peace. Nepal has also welcomed every initiative from whatever quarter that seeks to resolve the Middle East problems.

The exchange of bilateral visits at various levels including at the highest one and the foresight shown by our leaders have immensely helped promote and nurture the relations between Nepal and Israel.
Late Prime Minister Mr. B.P. Koirala paid an Official Visit to Israel in 1960, which was a cornerstone in establishing the historic relations between these countries in the context of that time.

Deputy Prime Minister and Minister for Foreign Affairs Mr. Kamal Thapa paid an official and fruitful visit to the state of Israel on 24-26 May, 2016.

The Former Speaker of the House of Representatives Mr. Daman Nath Dhungana paid an official Visit to Israel in January 1992 at the invitation of the Speaker of the Knesset.

Similarly, other exchange of visits in different levels has been instrumental in enhancing the cordial relations, expanding the cooperative fields and widening understanding between the people of both the countries.

Israel extended valuable cooperation to Nepal in various developmental fields including establishment of the National Construction Company of Nepal and training facilities for the Nepalese Army personnel in parachuting. Israel has been providing Nepal with short-term scholarships in various subjects particularly in the areas of agriculture, education, rural development, water resources, tourism, etc. Similarly, the Israeli experts in Nepal on farm management, artificial insemination, irrigation, childhood education, workers, and cooperative biotechnology and farm machinery are also engaged, thereby adding value to our bilateral relations both at government as well as people’s level.

Israel has become one of the favorite destinations for Nepalese youths, particularly female workers, to seek foreign employment. There are small number of Nepalese youths working in Israel in care giving sector and agriculture but the number is decreasing these days. Israel Government has proposed to recruit caregiver through G2G process. In 2016, Israel brought 59 female caregiver to Israel through G2G process as Joint Pilot Programme.

There is an immense potential towards enhancing the field of tourism in both countries. This is further supported by the fact that Nepal is blessed with natural beauty, world popular high peaks including the tallest Mountain in earth Mt. Everest, adventurous touristic sites and friendly people which Israeli citizens love most. Similarly, Israel has unique beauty of its own including the world’s lowest place on earth the Dead Sea, the unmatched salt water that keeps one automatically floating on the surface.

In 2012, Nepal and Israel Jointly issued Postal Stamp commemorating the completion of 50 years of diplomatic relations between two countries.

Here is the data of the Israeli tourists who visited Nepal. Regarding the size of the population, the data seems satisfactory.

Similarly, Government of Nepal and Government of Israel have signed a bilateral Air Service Agreement (ASA) (November 18th, 2002), bilateral agreement on Agriculture Cooperation (2010) and there are some other agreements under the process of finalization from both sides.

An agreement to establish Bilateral Consultation Mechanism between the Foreign Ministry levels was signed on May 2016 during the visit of Hon. Kamal Thapa, then DPM and Minister for Foreign Affairs.

Finally, the assistance provided by the Israel Government immediately after the 2015 earthquake is appreciated from all levels of Nepal Government. 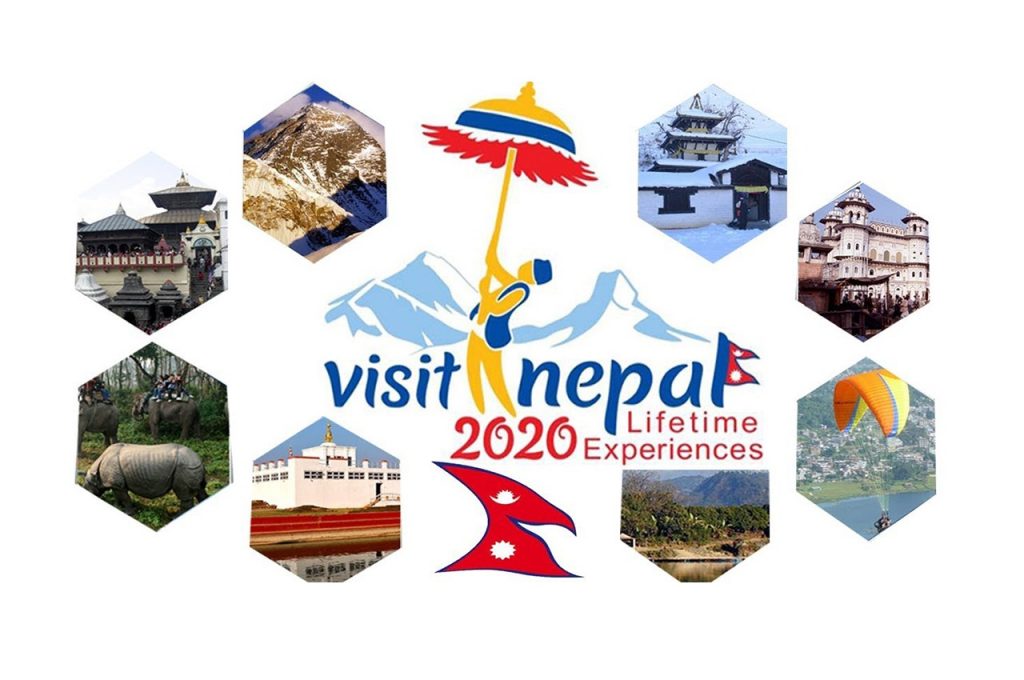